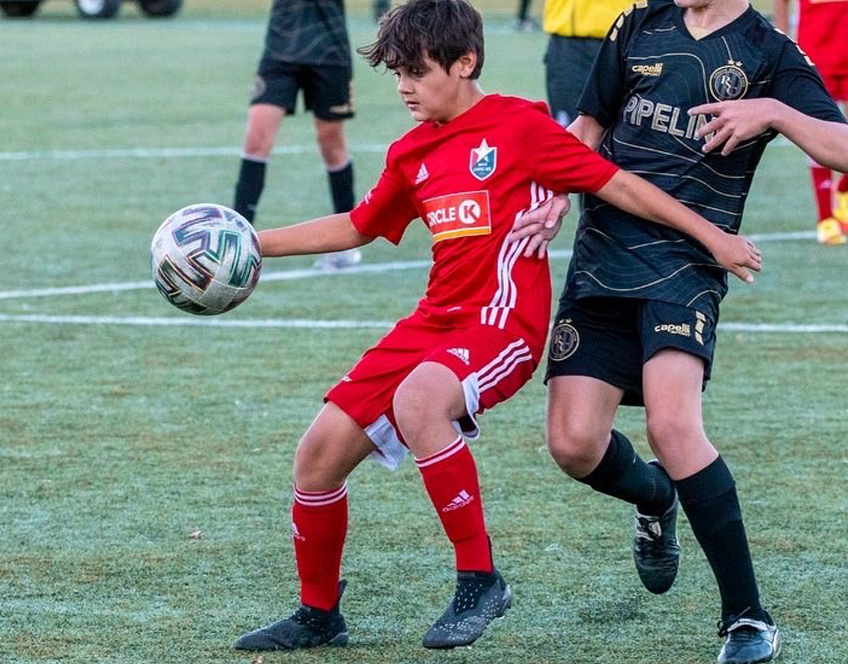 Adam, born in 2010, has been playing as a starting center midfielder on the top 2009 NCFC Academy South team for 3 years, competing in both local and regional tournaments as well as league games. Prior to that, Adam played on the top 2010 NCFC Juniors South team for 2 years. In 2016, Adam accompanied US National Men's Team player, Tyler Adams, onto the soccer field before the US match against Panama. In 2017, Adam was featured in a North Carolina Football Club media campaign for their sponsor, Circle K. He was also featured in NCFC's media campaign for its 2018 club uniform kit. Adam supplements his soccer training primarily with indoor futsal. In 2020, Adam's team took 2nd place in the NCFC Boys Soccer Showcase, and in the same year his team took 2nd place in the US Futsal Regionals Tournament in Charlotte. In July 2021, Adam was asked to play for the School of Ginga Futsal Club based out of Cincinnati, OH in United Futsal Worlds Championship in Orlando, Florida. In October 2021 Adam joined MAS Futsal Club to compete in United Futsal's regional and national tournaments. In October 2021 Adam received the NCFC Youth Shield Award, given to players that embody excellence in sportsmanship, commitment to community, leadership on the field and passion for the game.